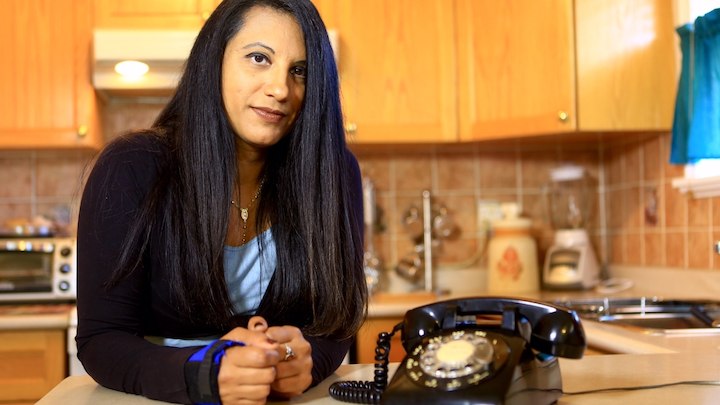 A longtime Bell Canada employee describes working in the company’s Scarborough, Ont., call centre as “a non-stop nightmare,” where she says she is forced to sell customers products they don’t need, don’t want, and may not understand, to hit sales targets and keep her job.

Andrea Rizzo, 50, has worked for Bell — Canada’s largest telecom service provider — for 20 years, and says the pressure to upsell customers who call in has become relentless.

She says employees are expected to make a sale on every call.

Rizzo is currently on stress leave, and worries about the repercussions of making her concerns public, but says the status quo has to change.

“I feel bad,” says Rizzo. “I’m not really listening to what the customer called about. All I’m thinking in my head is, ‘Oh wow, this customer just said they didn’t want the service, it’s too expensive. And I’ve sold a service to them that they will not know how to use, or really need.'” 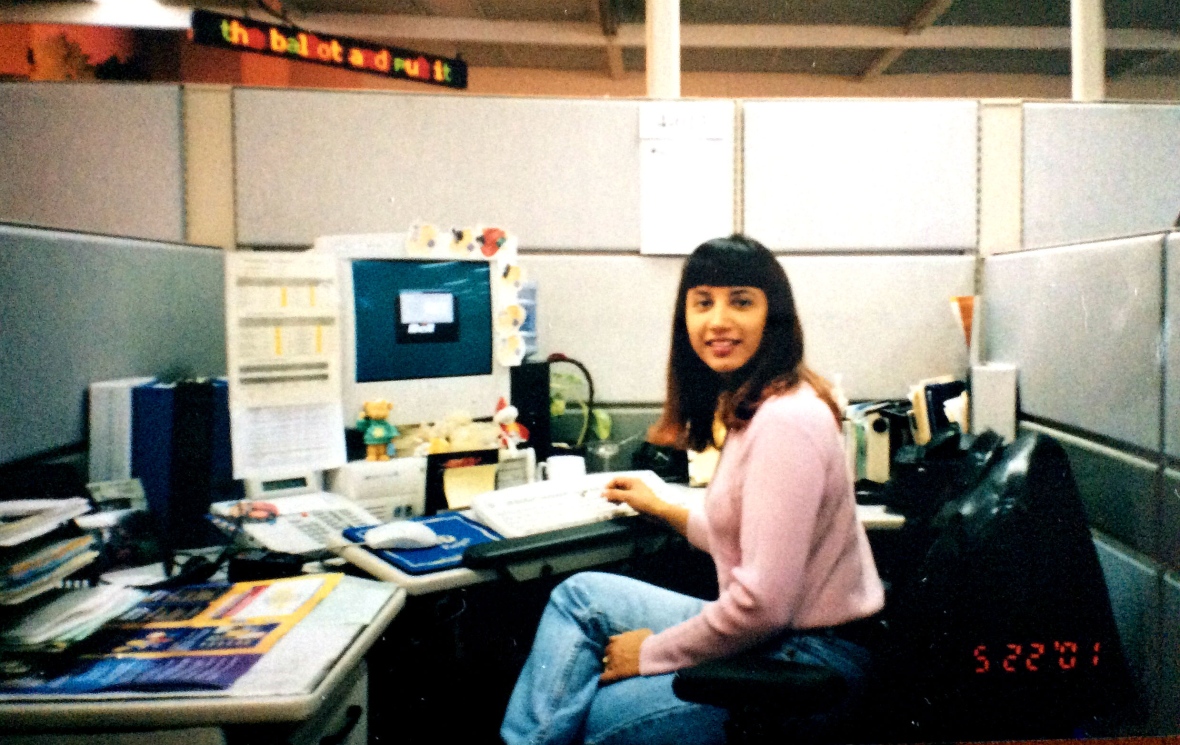 Andrea Rizzo, seen here in a photo taken in 2001, around the time she was switched from Bell’s billing department to sales. (Andrea Rizzo)

Every customer a target

Rizzo says many of the customers who call in are on a limited income, and clearly can’t use the products she is pressured to sell.

“We have a lot of seniors who call,” says Rizzo. “They tell me they’re blind, and I still have to sell them internet.”

She says she talked a 90-year-old into signing up for internet service knowing  the woman was blind and couldn’t use it.

When she first started with Bell in 1997, Rizzo handled calls from customers with billing issues.

She now works as a client representative in what Bell calls the “Serve to Sell” department — helping customers with billing and technical problems, while expected to sell products and services.

“They’re very distraught,” says Rizzo. “Their phone lines have been disconnected and I’m expected to turn around and ask this customer, ‘Are you interested in internet, TV, or home phone service?'”

No one from Bell Canada would give Go Public an interview, but in an email, spokesperson Nathan Gibson writes that agents talk about products and services to ensure that customers have what is “right for them” and are “aware of new services or performance upgrades.”

He did not address whether or not there is pressure for customer service agents to make a sale on every call.

Rizzo describes how coaches randomly listen in on customer calls without her knowledge, and rush to her desk if she’s not sealing a deal.

“They’ll sit next to you and say, ‘Don’t tell them that. No, put the call on hold,’ or ‘No, tell them you have no other options, this is the best choice they’re making,'” says Rizzo. “Some of them will take over the call and actually talk for us.”

She says she’s also coached to talk quickly, not to let the customer speak, and to bury the price of products and services.

“We’re supposed to mention the price really quickly and then jump to, ‘We can get a technician out for this day and this time.'”

As for the basic so-called ‘skinny package’ — a starter cable package that new CRTC rules require all TV service providers to offer for no more than $25 — Rizzo says she and her colleagues are coached not to talk about it.

That allegation is a violation of CRTC broadcasting rules, which say “TV service providers should not downplay the small basic service,” and “should clearly communicate all relevant information.”

Rizzo has struggled to meet her sales targets. In August, Bell told her she was “unable to meet performance expectations,” and put her on a plan Rizzo believes is designed to eventually enable the company to terminate her employment. 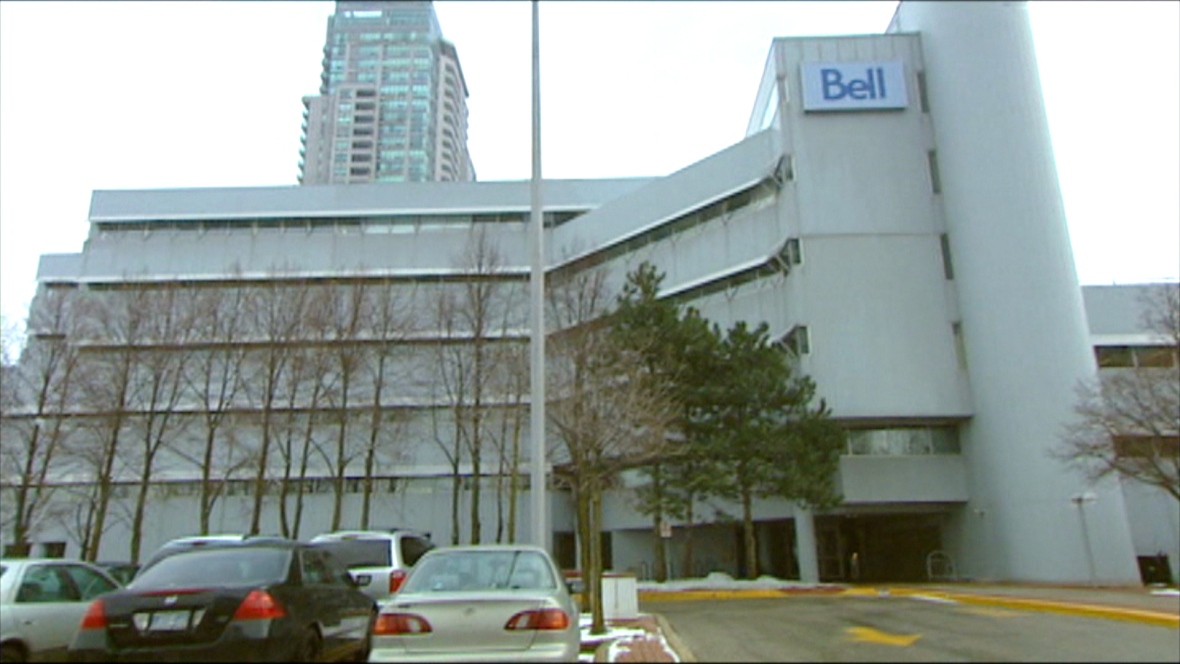 Meantime, she says, many of the top performers on her team are hitting goals by being unethical — not telling customers about a two-year contract, or that a promotional price is going to go up after a few months.

Those allegations, too, would be a violation of CRTC rules, known as The Wireless Code, which say telecoms have to clearly provide contract and price information, including when a promotional offer is going to expire.

“But nobody listens to their calls,” says Rizzo. “Managers don’t want to know what their star performers are saying to customers.”

“We coach our agents to provide all relevant details of our products and services to customers during these interactions, and that, of course, includes price,” Gibson writes.

“Any suggestion that Bell instructs its agents to mislead customers or potential customers about what we sell is completely unfounded and untrue.”

Other bell employees speak out

Rizzo’s concerns are echoed by other Bell customer service agents with whom Go Public has spoken.

Michael Lacaprara quit Bell’s Scarborough call centre in 2015, after a dozen years on the job, due to the pressure to hit sales targets by upselling customers, who were often angry.

“They would say, ‘I hate Bell,'” says Lacaprara. “And I would have to try to sell them more things on top of what they had.”

He says he was prompted to quit after he was suspended for three days without pay for not selling on a call.

‘A black eye for industry’

The commissioner for Canada’s telecom watchdog, the Commission for Complaints for Telecom-television Services, Howard Maker, told Go Public he is concerned about Rizzo’s allegations that some Bell colleagues are misleading customers to hit sales targets. 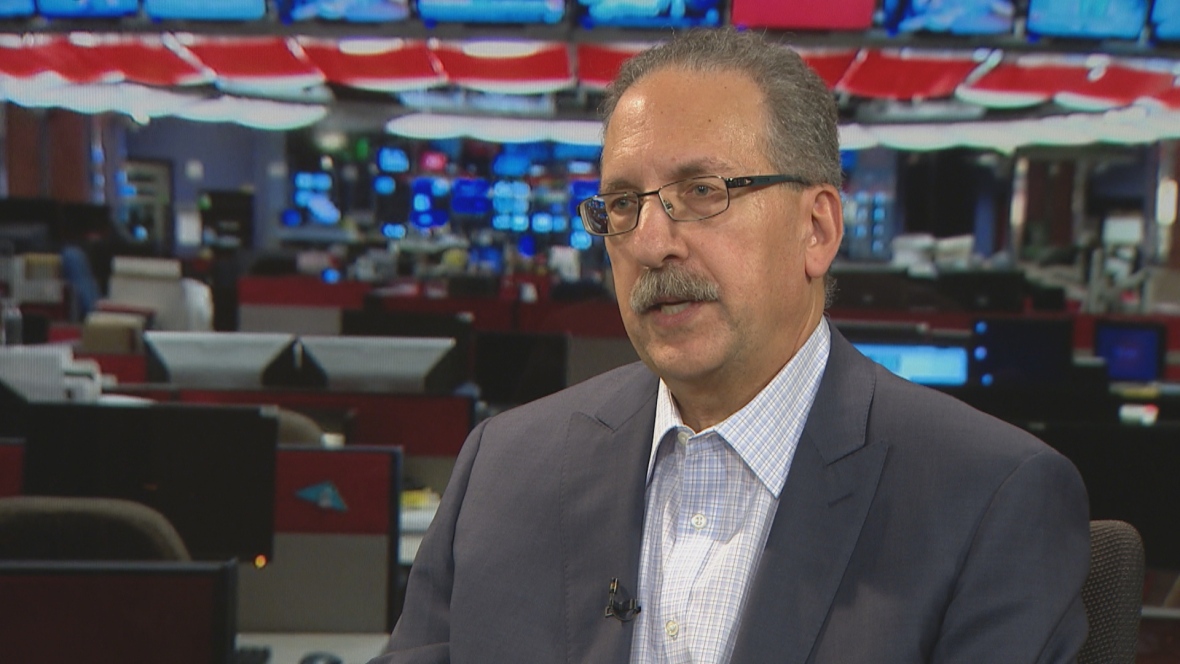 Howard Maker, commissioner for complaints for telecom-television services, investigates consumer complaints against telecoms. He says he is concerned about the latest allegations against Bell. (CBC)

“That would be a huge disappointment, a black eye for the industry,” says Maker. “And it’s anti-consumer, obviously. There’s no one who would defend that.”

In the most recent annual report produced by the CCTS, the number 1 complaint consumers filed last year — and the year before that — was that telecom providers gave misleading

information or didn’t disclose all the facts about products or services.

The report says of more than 8,000 customer complaints the CCTS investigated overall, Bell was the subject of almost 3,000. 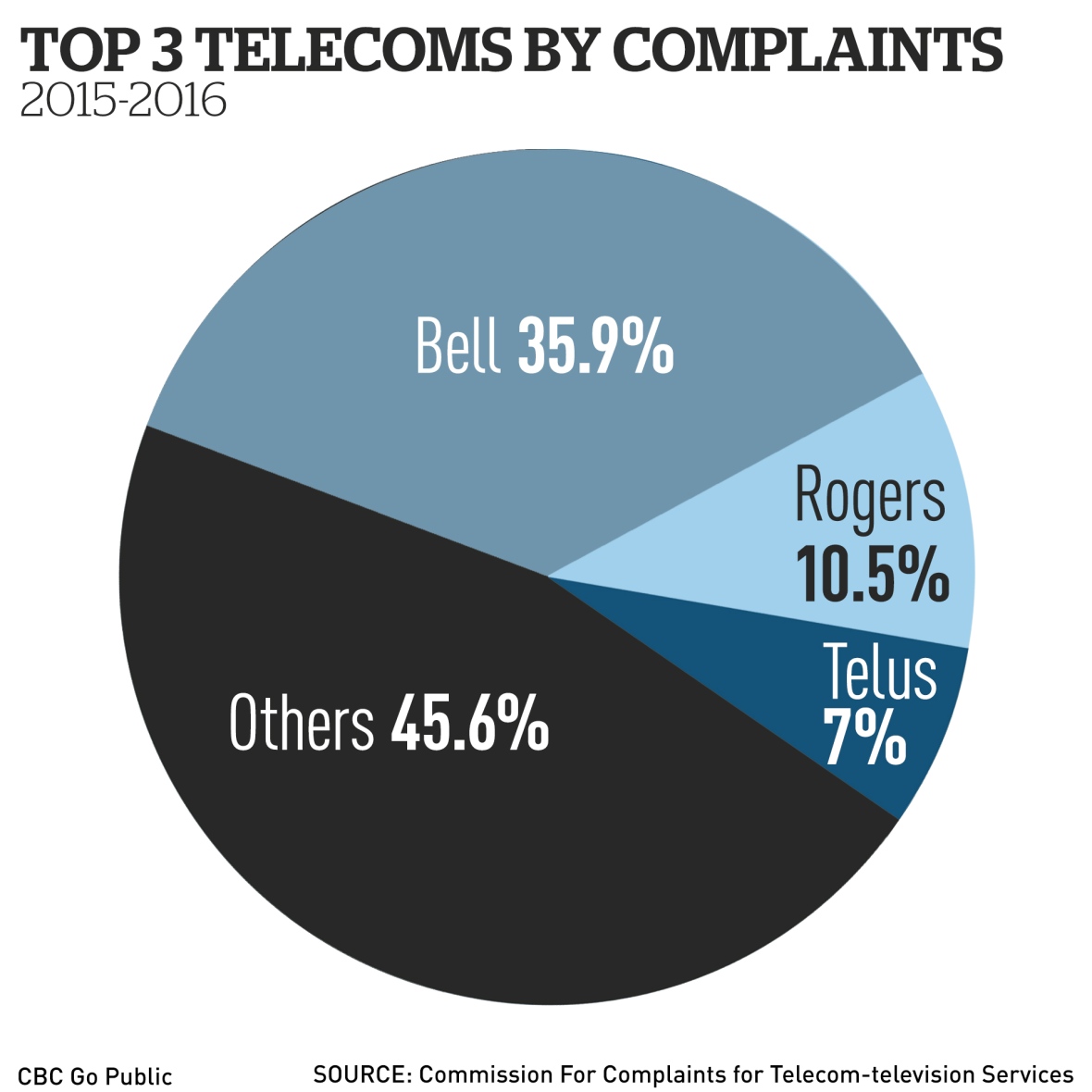 The head of CARP, the country’s largest advocacy group for people over 50, is demanding a public apology from Bell after hearing that seniors may be getting duped.

“I would like to see them change their employee practices effective immediately,” Wanda Morris says. “And to never upsell seniors for products or services that they don’t need, don’t want, and won’t be able to use.”

“I was having panic attacks,” she says. “I was stressed out and crying, thinking ‘I don’t have enough time to get my numbers up. I’m not only speaking on behalf of myself, but everyone else,” says Rizzo. “It’s not just me.”